Questions and Answers From The CMMC Version 2.0 Update Webinar 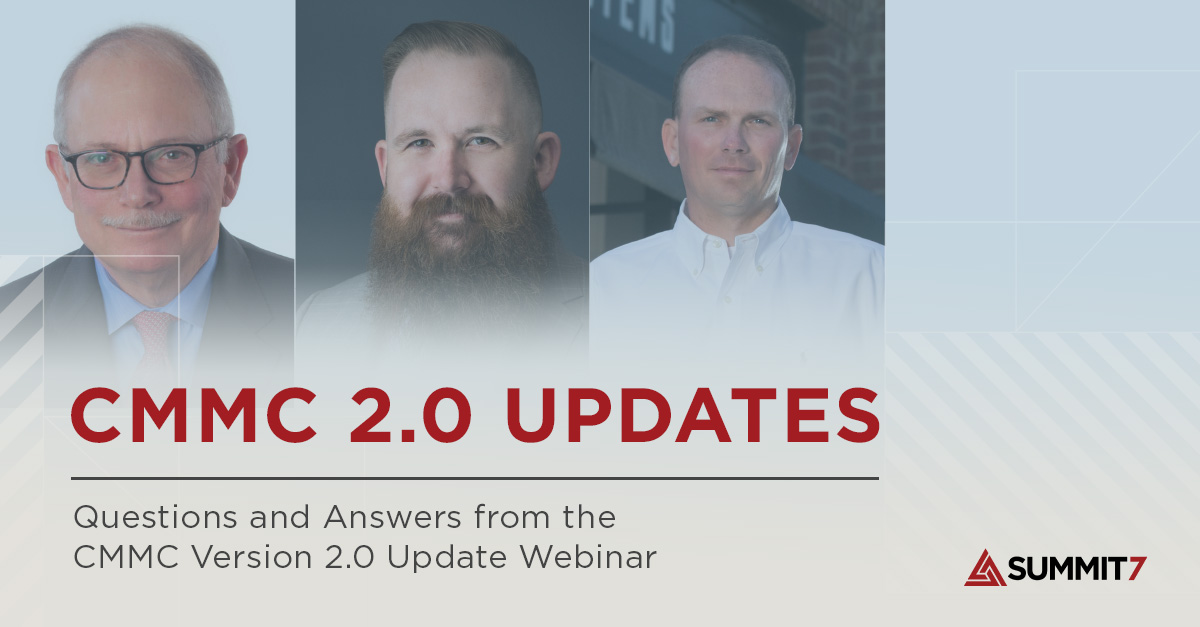 In this blog, you will find curated questions and answers pertaining to the DoD's CMMC update. These inquiries came from an industry group of over 900 DoD suppliers during the CMMC 2.0 Update Webinar with Robert Metzger, Jacob Horne, and Scott Edwards. Portions of the webinar will be added to this blog and the Summit 7 Youtube channel. To stay up to date on CMMC 2.0 and compliance updates for the DIB be sure to subscribe to the Summit 7 YouTube channel.

The questions below are sorted by topic, with the questions in the bolded font and their respective answers sub-bulleted beneath them. Topics in this blog include (click to navigate):

Department of Justice (DoJ) and The False Claims Act (FCA)

Note: Summit 7 does not represent authorized legal counsel, and is in no way responsible for any legal advice given concerning the questions below.

Answers to some of the questions above are covered in the video embedded below.